Delaware Coastal Airport is a general aviation facility owned by Sussex County Government, and is capable of handling jets up to the Boeing 737.  Built in eight months in 1943, the original configuration included three 5,000 foot runways and several taxiways.  During the remainder of World War II, the airport was used by the US Navy as an auxiliary training facility for the Wildwood (NJ) Naval Air Station.

During the 1950s and ‘60s, the airport was home to All American Engineering Company, a developer of catapult and arresting gear systems, satellite retrieval systems, and other systems for the military.  Following All American’s departure in 1970, the airport closed two of the runways.

Since 1997, ALOFT AeroArchitects has been the major tenant at the airport.  ALOFT is a manufacturer and installer of industry-leading auxiliary fuel systems and provides full VIP aircraft interior completions, as well as modification and maintenance services.

The last decade has seen a revitalization of the airport.  One of the closed runways has been rehabilitated to serve as a crosswind runway, the main runway has been extended to 5,500 feet, airfield lighting systems have been updated, along with several other improvements.

In 2015, Sussex County Council voted to change the name of the airport to Delaware Coastal Airport, a name that better reflects the service area and users of the airport. 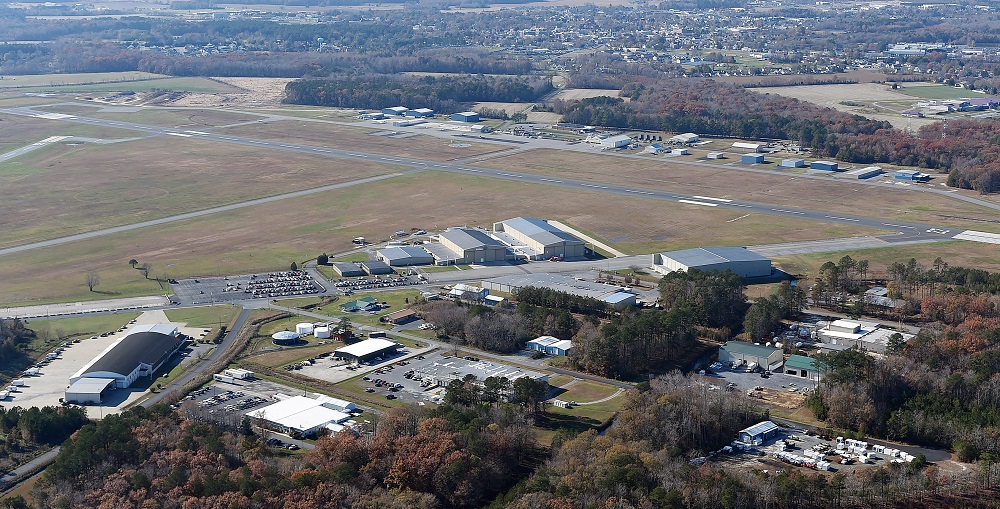